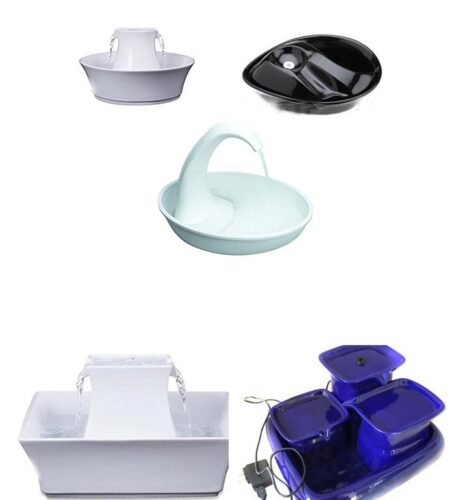 When shopping it’s so tempting to check the sticker price, do a quick compare of the products and choose the cheapest one. Or maybe the middle price. Sometimes that works. And all too often it is such a mistake. There is a reason for the phrase, ‘you get what you pay for’. Because most of the time that is exactly what you get. And to your dismay, by and by you discover that cheap cat fountains are expensive, indeed.

Is there a reason for this wide range of prices? Are the cheaper ones a better buy or are the more expensive cat fountains worth it? Those are the questions we answer here.

Starting with the cheapest

Wish’s Automatic Cat Water Fountain at $7 at the time of this writing. It is essentially identical to the Catit Flower fountain which is now $24 and is probably manufactured in the same factory in China, is a little larger and has a higher sticker price. There are also a number of other relatively inexpensive cat fountains made by Drinkwell, Pioneer, Petmate and others. 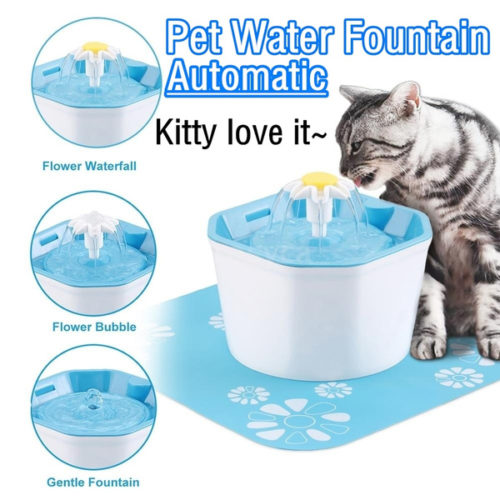 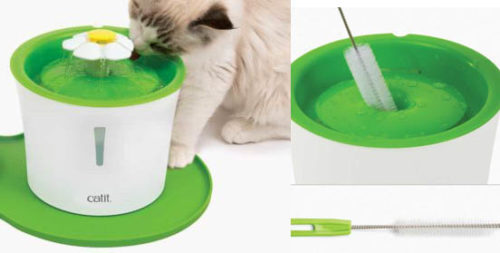 What all of these cheap fountains have in common is; one, they are made in China, two, almost all of them are made of plastic, and three, they require frequent replacement of their filters. (There is a fourth factor we’ll discuss a bit further on.

Chinese ceramics used to be (from several hundred to a couple of thousand years ago) among the most valued of possessions. That was then when art, beauty and quality really mattered. The one below made in China, is ceramic and though they say, of safe materials, the likelihood of the glaze having lead in it is very high. Lead in a glaze lowers the firing (melting) temperature by as much as 1,000 degrees which enormously reduces the fuel cost of firing, thus permitting a lower selling cost for the product. Lead in a glaze is not as regulated in China. In America it is not allowed because lead is poisonous. 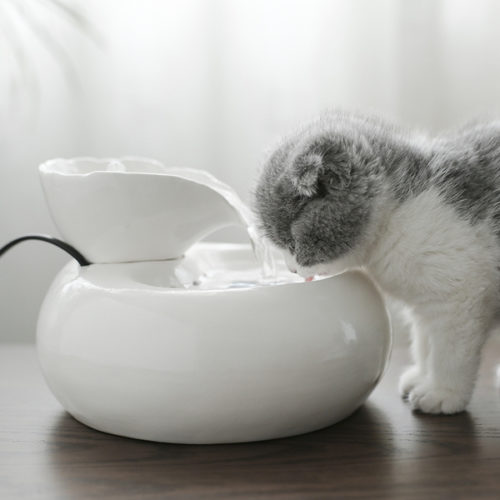 What is the liklihood of this affecting your cat? Not very great but worth knowing.

So, is plastic, of which more than 90% of all the most advertised commercial brands of pet fountains are made, a good material for a pet fountain? Apart from the chin acne causing properties of bacteria filled scratches in plastic and the cancer causing BPA that plastic fountains contain, there is the fact that though plastic as a material is nearly impossible to dispose of permanently, the products made with it often deteriorate fairly quickly. They break and have to be thrown into a landfill much too soon where they will remain until burnt into noxious pollutants. (More on plastic here.)

As to the third factor about cheap cat water fountains; Filtration. So, you buy a cheap fountain. You read from the manufacturer that the filter needs to be replaced about every three weeks at a price of around $2/filter. That just raised the fountain price an additional $35/year. Let’s say your nice, cheap cat fountain lasts three years. That is a total additional cost of $105 beyond the selling price and does not include their shipping cost or your vet bills from the harm your cheap fountain has done to your pet. Hum. Maybe it wasn’t so cheap after all. But there’s more.

Cleaning, the fourth factor all these cat fountains have in common. 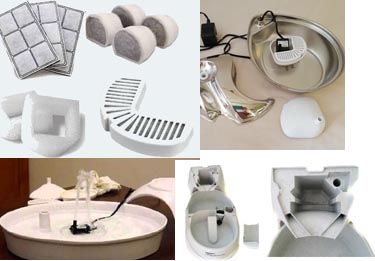 Many cat or pet fountains have many corners and nooks that, in part because they are made of plastic which scratches and harbors harmful bacteria, need frequent, vigorous scrubbing with bleach or some other noxious disinfectant. Your cat won’t go near it until you get the bleach smell out, and then the vinegar smell, which you need to use to rid it of that, all of which takes your time and effort so you’re still paying for your cheap cat fountain.

To summarize, the worst question you can ask when looking for a cat fountain is: ‘What is a good, cheap cat fountain?’ Why? Because cheap fountains are neither good nor cheap. A high quality, handmade, ceramic cat fountain created in the United States of America is, in the long run, the best and the least expensive cat fountain you can buy. No frequent replacement of filters, easy to clean,is completely food-safe so causes no ailments and will last a lifetime. There are two or three such companies of which Thirstycatfountains.com is one. 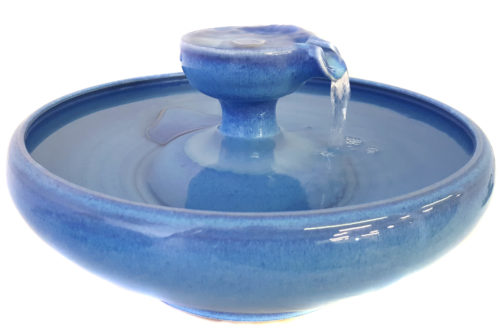 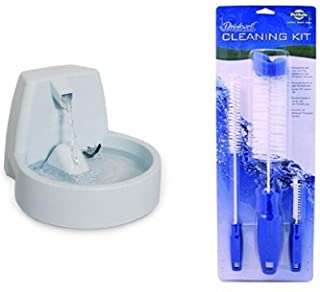