Here is cat breed that’s as new as it is rare.  Many new breeds have been developed in recent history have catered to the ‘shock value’ or odd features of the cat’s appearance. Not so with the Ojos Azules. One look at this cat and you know that it was bred for its stunning looks and in particular, the gorgeous blue eyes. 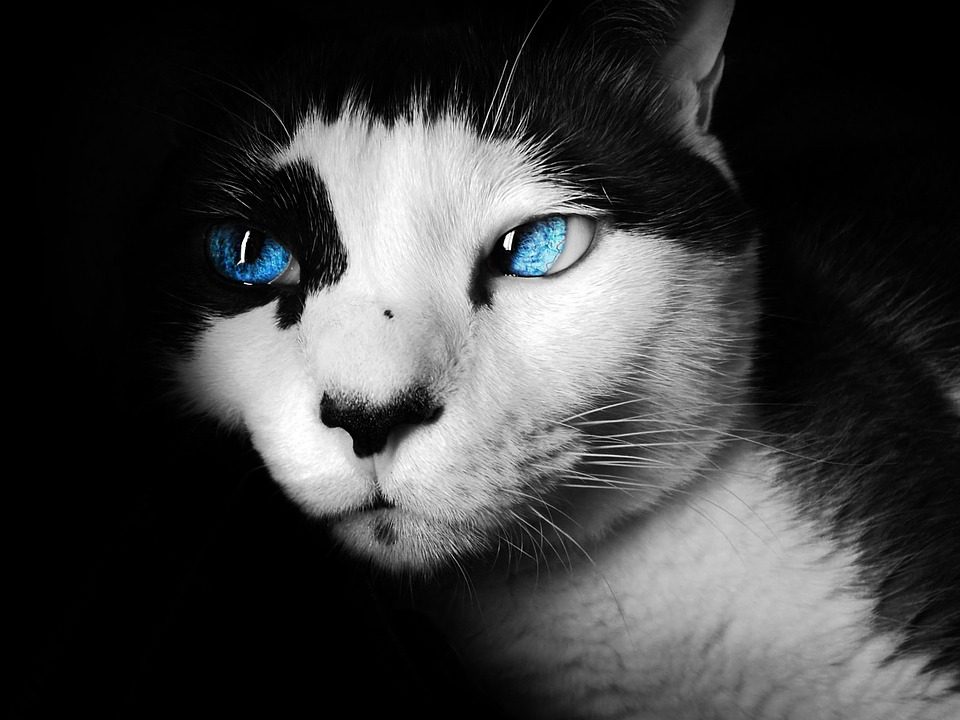 The breed Ojos Azules, (Spanish for blue-eyes), began in the South Western United States in1984. Blue-eyed cats were identified amongst a feral cat colony in New Mexico and this trait piqued the interest of cat fanciers. The breed can be traced back to Cornflower, a blue-eyed female who was bred with males of a more typical eye color. The results were blue-eyed kittens proving that the gene was dominant. The breed was recognized by The International Cat Association, (TICA) in 1991. 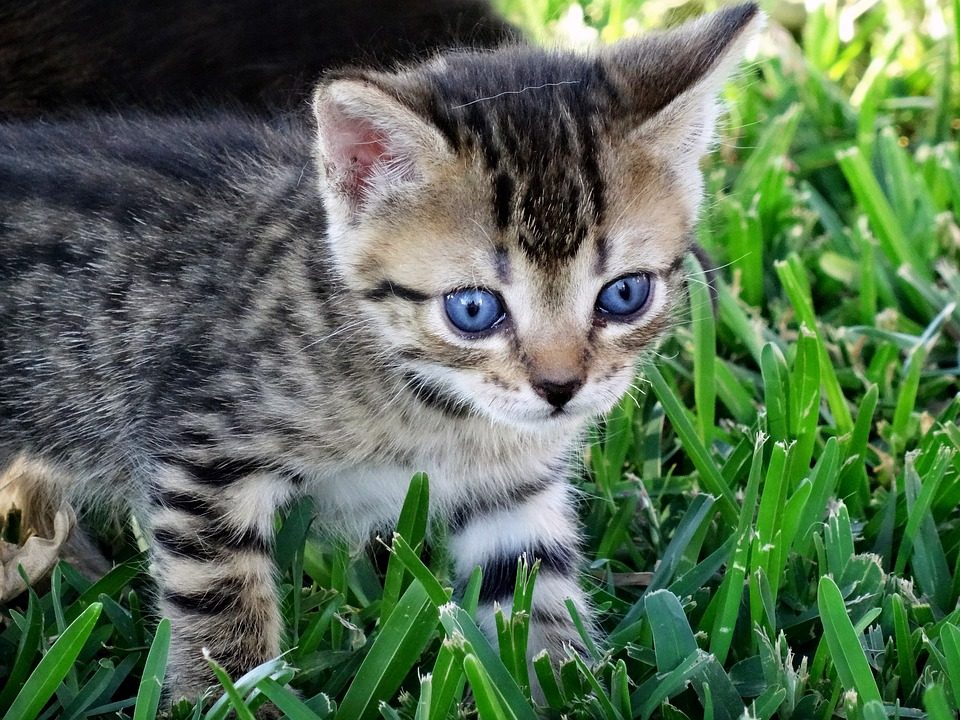 Ojos Azules were bread for only one trait:  blue-eyes. Like Siamese cats, blue-eyes result from a lack of melanin in the iris.  Members of Ojos Azules can have coats of all colors, but must have blue eyes ranging from lavender blue to sapphire. Both short and long haired varieties are recognized by TICA. Other physical characteristics of this breed are a flattened tail tip, triangular face and an arched neck. The breed is of medium size with patches of white fur especially on the tail tip and feet. The development of the Ojos Azules cat is closely monitored by TICA’s 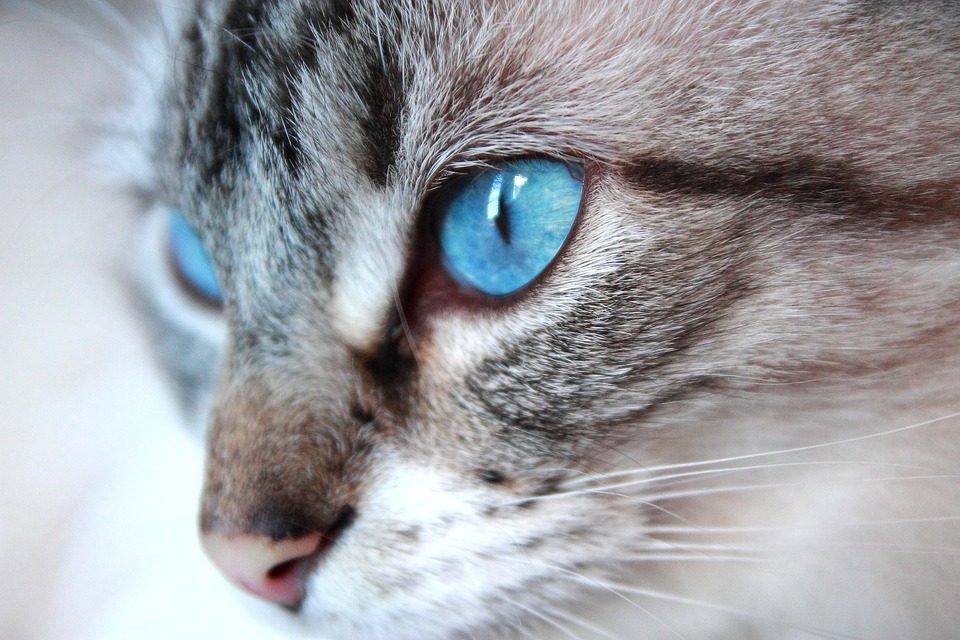 Genetics’ Committee to ward off health issues. Efforts to breed Ojos Azules have shown that a cross between two blue-eyed cats creates a myriad of genetic flaws that result in deformities and still birth. Breeders must cross blue-eyed with non-blue-eyed cats to minimize risk. The dominance of the blue-eyed gene in this pairing yields a litter of 50% blue-eyed kittens.

Blue-eyed genes have been discovered across the globe and may not be as rare as once thought. A blue-eyed cat was discovered in Australia, leading researchers to believe that the gene is a spontaneous mutation. 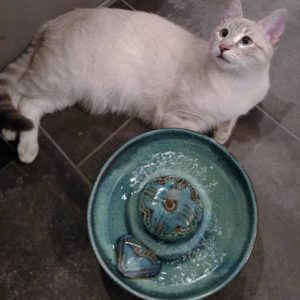 the fountain is a stream fountain, raised bubble-up or a bubble-up. This breed normally has short hair so any style will do, however you really should consider aesthetics. A fountain glazed in a color that harmonizes with your particular Ojos Azules will do wonders to liven up and beautify your home, and, we’re pretty sure he will appreciate the beauty of it too.