Munchkins have enchanted some and disgusted others. Take a look at this controversial breed and decide for yourself.

The mutation that causes short legs in cats is not new. Short legged cats were documented in the 1930’s in England and in the 1950’s in the Soviet Union. The Munchkin breed that we know today began in the 1980’s in Louisiana. Sandra Hochenedel rescued a pregnant stray cat with very short legs. Sandra named the cat Blackberry and gave a male of the litter, Toulouse, to her friend Kay LaFrance. Toulouse, an un-neutered cat, had free access to the outdoors. It wasn’t long before a short-legged feral population of cats established themselves and arose to be the origin of the Munchkin breed. 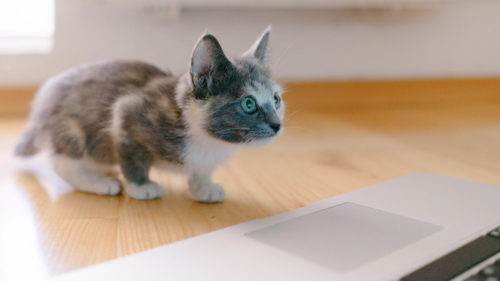 The International Cat Association (TICA) was made aware of Munchkins and began monitoring its development.  Genetic research revealed that the cats’ short legs stem from a spontaneous dominant gene mutation that affected the long bones of the breed’s legs. Cats who have this gene, have short legs. Cats with only one parent with this gene have a 50% chance of being short-legged.

Munchkins’ personality makes the breed very popular with cat fanciers. This cat is a favorite for families due to its playful nature and ability to get along with kids. The cats’ outgoing personality and odd appearance led to a greater demand for the breed and a price of $1000-$1600 for a 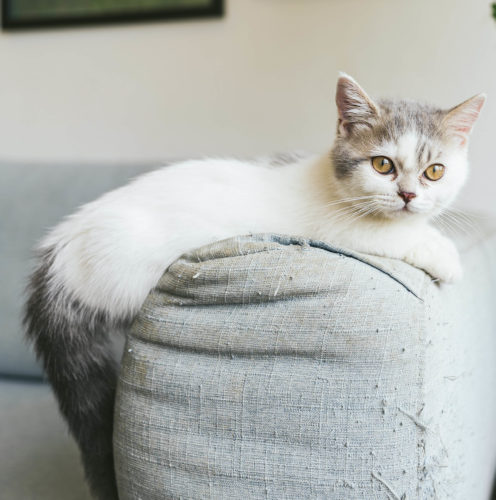 kitten, at least some years ago as their popularity grew with their media exposure.

Veterinarians question if breeding Munchkins for short legs is ethical. Shortened legs cause osteoarthritis spine, hips and legs in dogs, and may cause the same in cats. Munchkins do not jump like long-legged cats. Short legs make it difficult, or maybe too painful for the cat to jump. Debate continues as to if Munchkins cannot jump or choose not to jump due to spine and hip pain. Critics also question if breeders are creating a new cat or spawning genetic freaks. The extreme physical traits that make this breed so popular could also be interpenetrated as breeding for deformities.

An alternative view is that short legs among mammals are not uncommon. Consider the Ferret and the Mink, for example, and Dachshund, various Terriers, Rabbit and Rat catching dogs, the Welsh Corgi and numerous others. If we’d ever seen a long legged Ferret before seeing the Ferret as it is likely we’d find the short version odd, at least.