Though very simple, people not acquainted with a submersible pump may not know just how they operate. This post addresses that.

All cat water fountains contain a submersible aquarium pump, and as the name suggest, the pump is meant to be submersed in water. Run outside of water it will eventually burn out. Millions of aquariums, man-made ponds, water features and streams also use submersible pumps, though generally they are much larger than cat fountain pumps.

In the United States a cat fountain pump is 110 volts (in Europe they are the standard voltage there, about 220 volts) and the wattage for a cat water fountain pump is around 4 watts. This may vary slightly depending on the size of the particular pump. A ThirstyCat fountain pump is 4 watts which uses very little electricity. 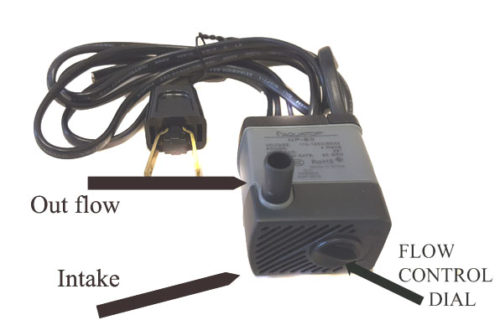 The pump draws water in through a screen by way of an impeller (like a propeller) which sits inside the pump in a small ‘well’, and pulls the water in and ejects it out a nozzle into the vessel in which the pump sits, thus, recirculating the water. The screen also serves as a very basic mechanical filter, keeping out some larger materials such as some but not all cat hair.  (Which is why we provide a very effective foam filter with every fountain.) The pump is completely sealed, as is the cord, and both are meant to be in water. All cat fountains have the same sort of pump which works in the same way and they are all safe.

Beneath the screen is the impeller cover which in its interaction with the dial controls the water flow.The flow control has nothing to do with electricity. It simple enlarges or diminishes the opening through which the water is drawn. Some pumps have a dial, such as the one shown, others have a lever but both do the same thing; control how much water enters, and therefore leaves, the pump. 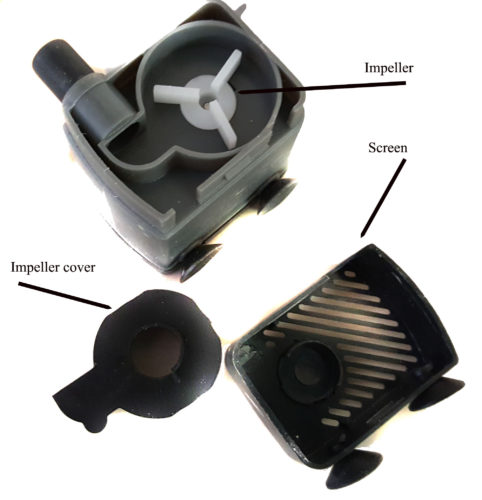 There has been concern recently about pump electric cords containing lead so we had ours tested at Adirondack Environmental Services. They found there to be zero leaching of lead into the water. They are safe.

Very often (most of the time) when people think their pump has died it has not. What has happened is that mineral deposits have built up on the impeller shaft, impedding the impeller from turning. To resolve this simply remove the impeller (it is magnetically held in) and soak it in one tbs. salt 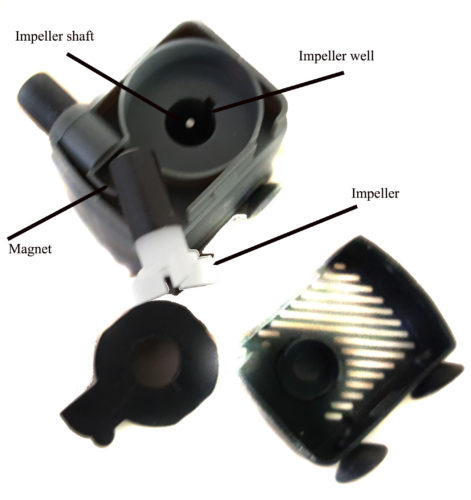 to one cup white vinegar, and put the same in the impeller well. (Or just soak the entire pump in the solution.) A half hour shoud do it but in extreme cases soak overnight.

And there you have the anatomy and explanation of the submersible cat water fountain pump.

Click here to see a video explanation of our Thirstycats Fountains operation. 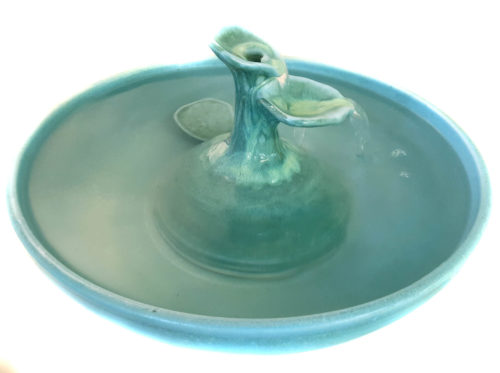 One thought on “How Submersible Pumps Work”